At Demographik, we have been working with the Aon Affinity team to help communicate its broad range of solutions to diverse audiences. The selection of work we have delivered has required out of the box thinking to help deliver messages in a way that is easily understood by the target audience.

Aon Affinity arranges insurance products for membership organisations, who then offer them to their membership base as added benefits.

We were called in to develop a campaign that would help ‘open the door’ for their Business Development Team, assisting them in selling the products.

The campaign included a branded Moleskin notebook, wrapped with a designed belly band, and a promotional card which was placed inside. The promotional card informed readers about Aon’s free digital guides, which discussed modern workplace issues – including growing membership bases, cyber security and well-being in the workplace.

The first mailout was a big success, with over 20% of organisations contacting Aon to enquire about its products. 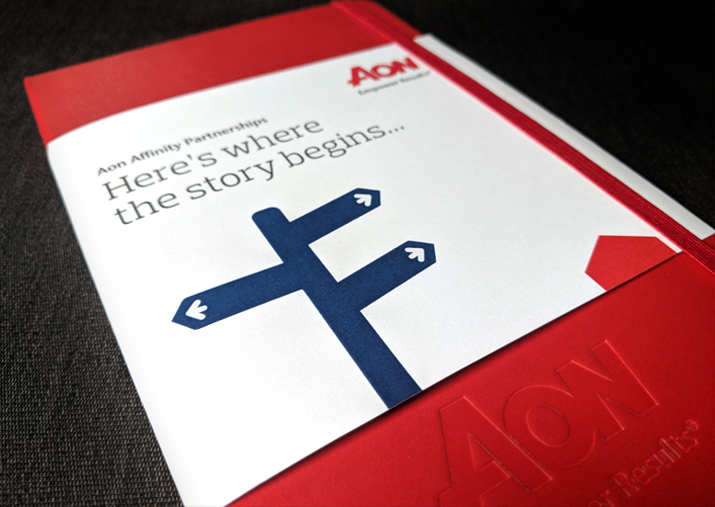 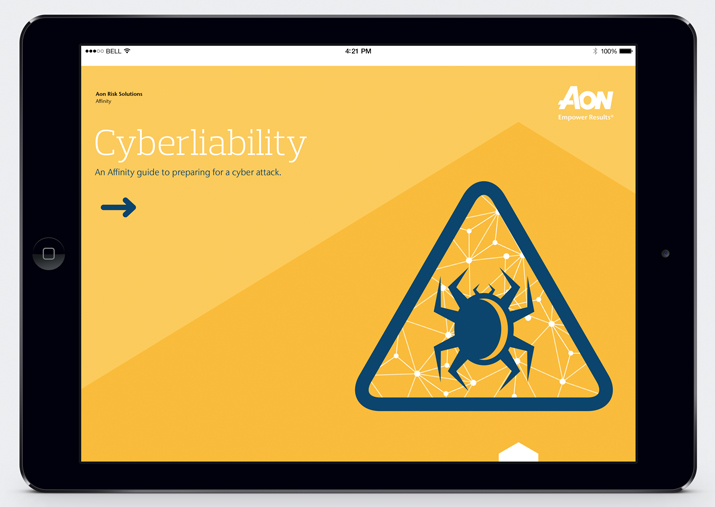 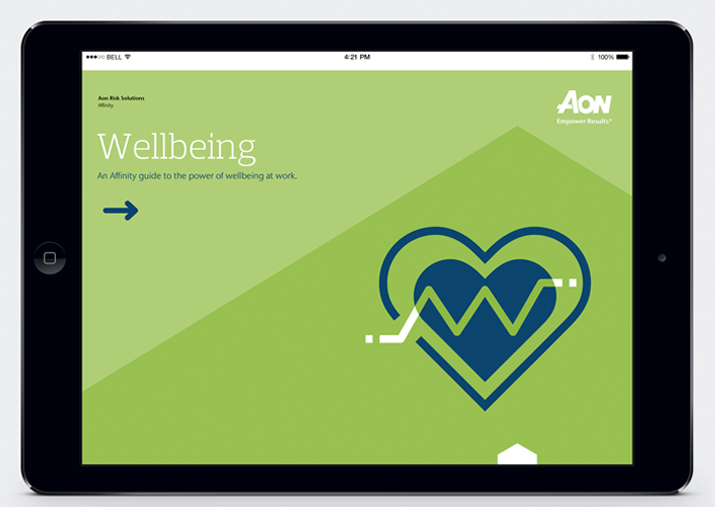 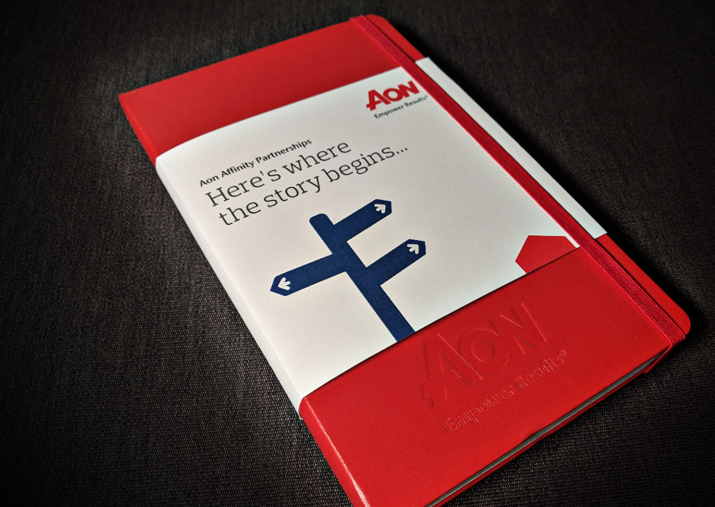 Following the success of the Moleskin project, we were asked to create another giveaway campaign which targeted Housing Associations, assisting the business development team in selling Aon’s Tenants Contents Insurance services.

Based on the knowledge that every office loves tasty treats, we sourced and printed branded cake tins and filled them with a selection of baked goods. The goods arrived at the Housing Association, beautifully presented with ribbons, along with a card that introduced Aon’s TCI offerings.

That same week, the first batch of 20 were delivered to various organisations to introduce Aon and arrange a meeting. A few weeks later, Aon reported on the success of the campaign – with over 50% of targeted Housing Associations renewing their contacts, and new relationships built. 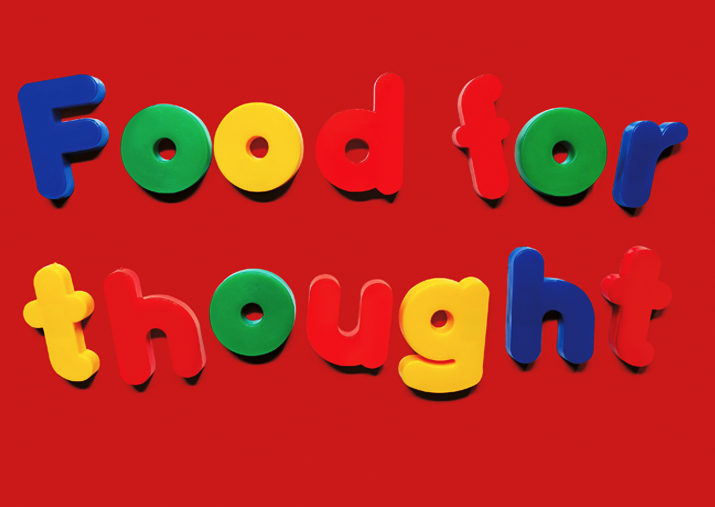 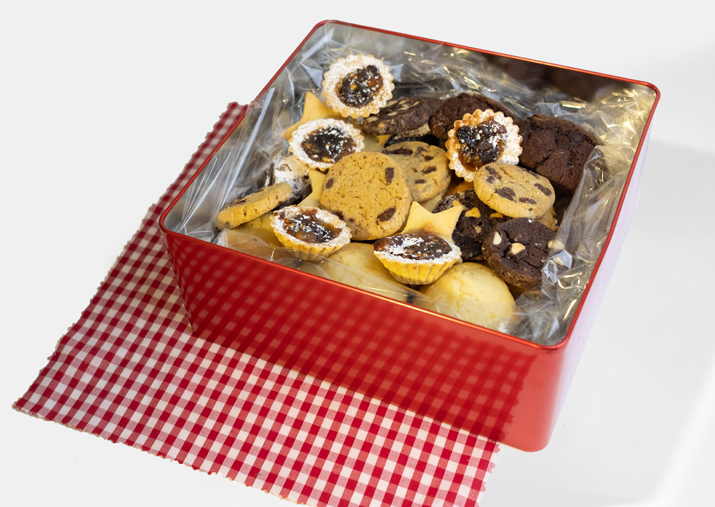 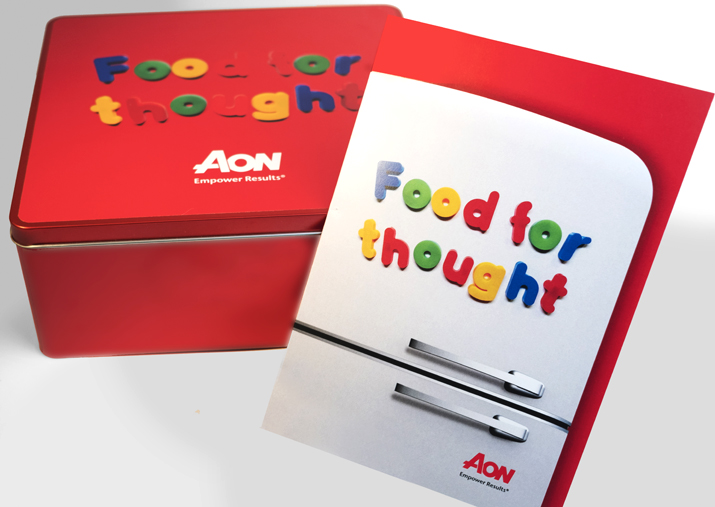 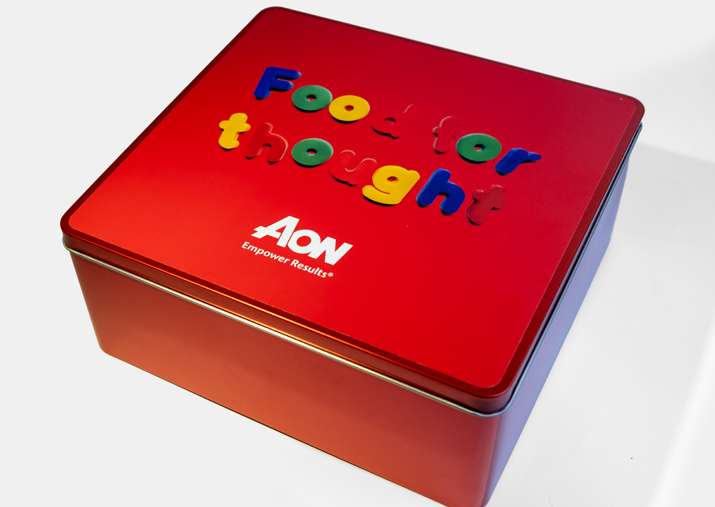 Aon wanted to strengthen its position as a leading SPI broker by delivering an impactful and stand out campaign in time for the main renewal date for solicitors, who all need SPI to trade.

After reviewing the competition and focussing on the USPs that Aon’s research had uncovered, Aon chose their favourite concept, which we subsequently developed. Headlines were carefully crafted to ensure regulatory approval, and the resulting campaign extended across brochures, print and digital ads, emails and web pages.

We were able to produce a range of concepts that were distinctive and had the desired stand out effect in the marketplace, while sitting comfortably within the Aon Affinity brand guidelines. 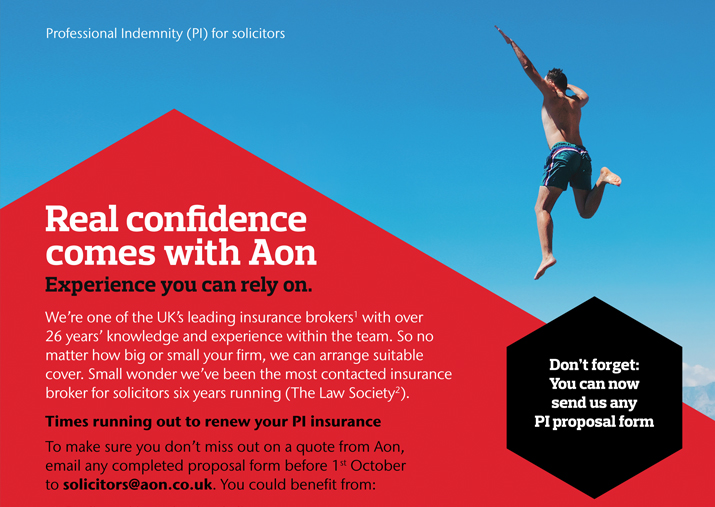 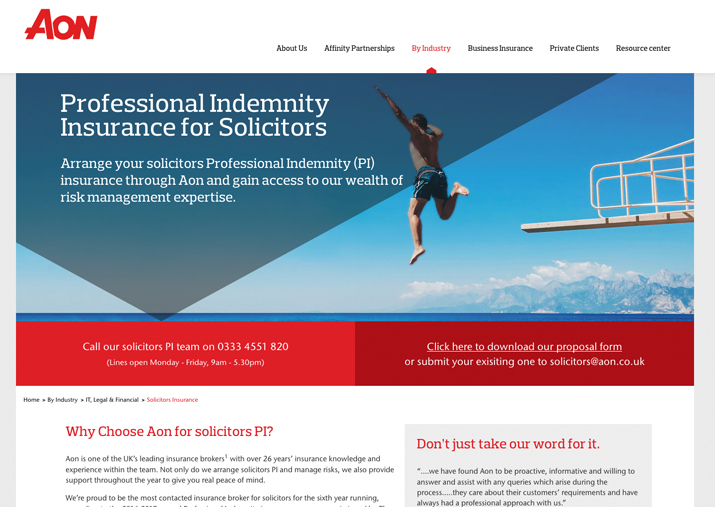 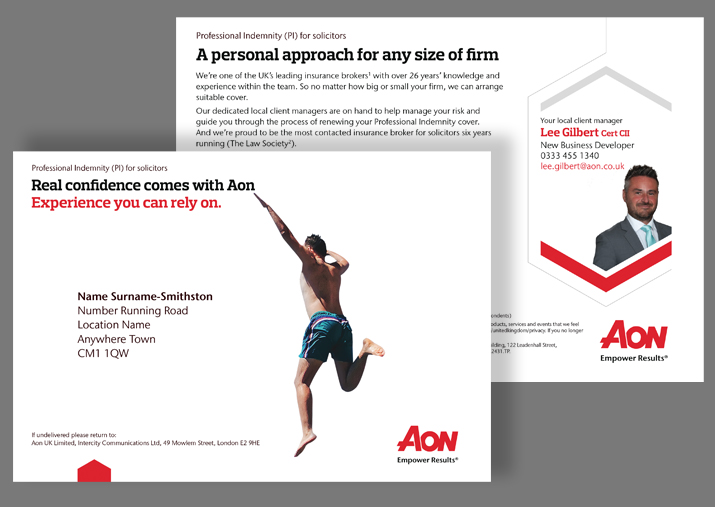 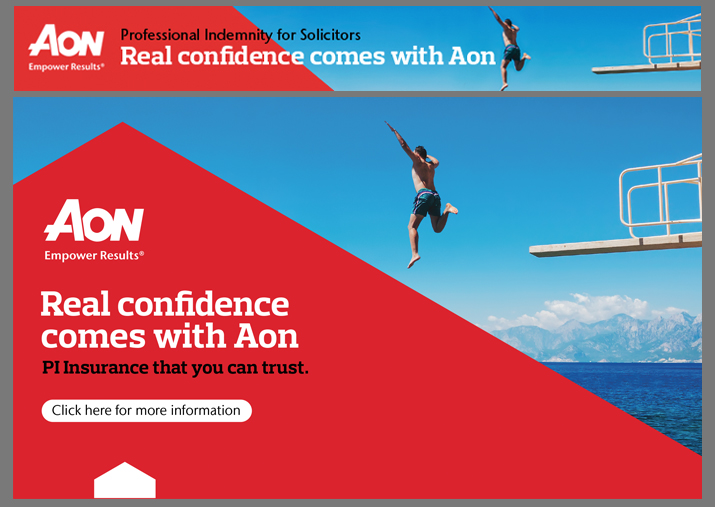 Aon also arrange insurance schemes for schools across the UK, which can include a whole range of specialist products – including personal accident cover for staff and pupils, school fee remission cover and pupils’ personal effects cover.

We were then asked to create a direct mail pack that targeted bursars of independent schools, which highlighted the benefits of an Aon managed scheme. We wrote the copy in adherence to the regulatory guidelines for the FSA and the creative delivery was simple yet striking. 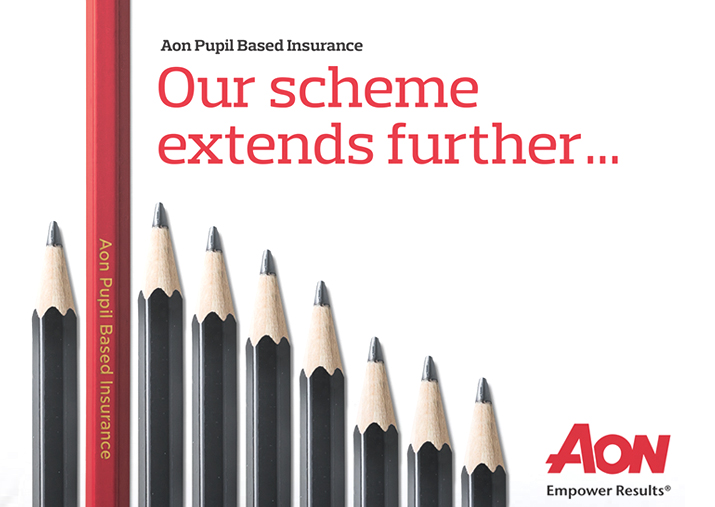 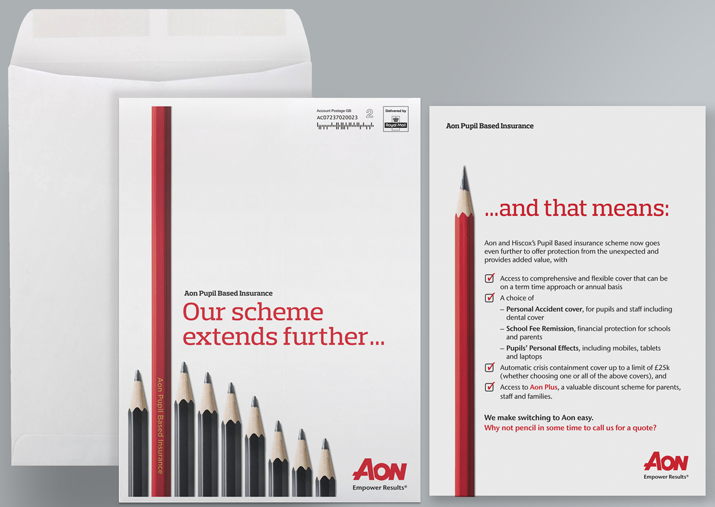 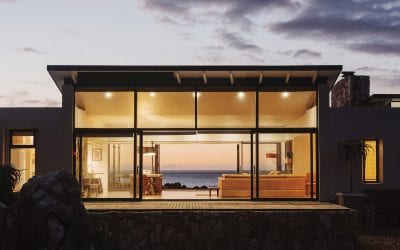 The Aon Private Clients team arranges insurance cover for everything – from high-value homes, contents and valuables to individual works of art, prestige cars and boats. They also specialise in protecting country houses, estates and farms.

END_OF_DOCUMENT_TOKEN_TO_BE_REPLACED 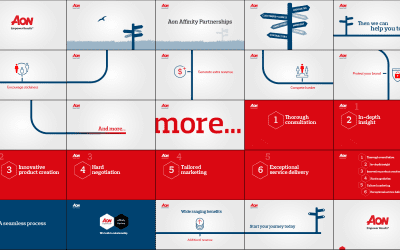 We continue to work with the Stamps and Philatelic department of Royal Mail to produce a range of coin and medal packs. The packs need to appeal to enthusiasts of specific subject as well as to dedicated philatelists and numismatists.

END_OF_DOCUMENT_TOKEN_TO_BE_REPLACED 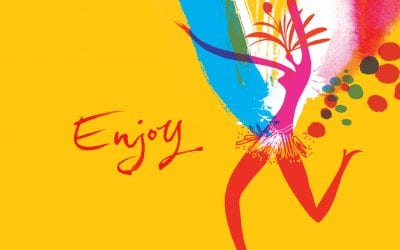 The body of work we’ve produced for Transport for London (TfL) include many projects centered on showcasing and celebrating London’s unique history, culture and vibrant social calendar. From researching and uncovering the hidden history of London’s Tube stations to giving buskers a stage and much more.